Openings of the centres of doctoral education in Uzbekistan 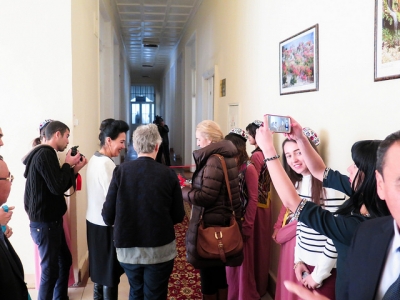 The centres were established in the framework of the UZDOC project and the centres' equipment was funded by the EU Tempus programme.

Each institution prepared a charter if the centre which would describe the centre's purpose and objectives, tasks of staff responsible for the centre's coordination, and outreach activities aimed at fostering the cooperation in doctoral education between Uzbek higher education institutions. The Rector of Karakalpak State University Prof. Jumanov Muratbay Arepbaevich announced that the QQSU centre will be open to students from all Higher Education Institutions in Karakalpakstan.

See the pictures from the ceremonies